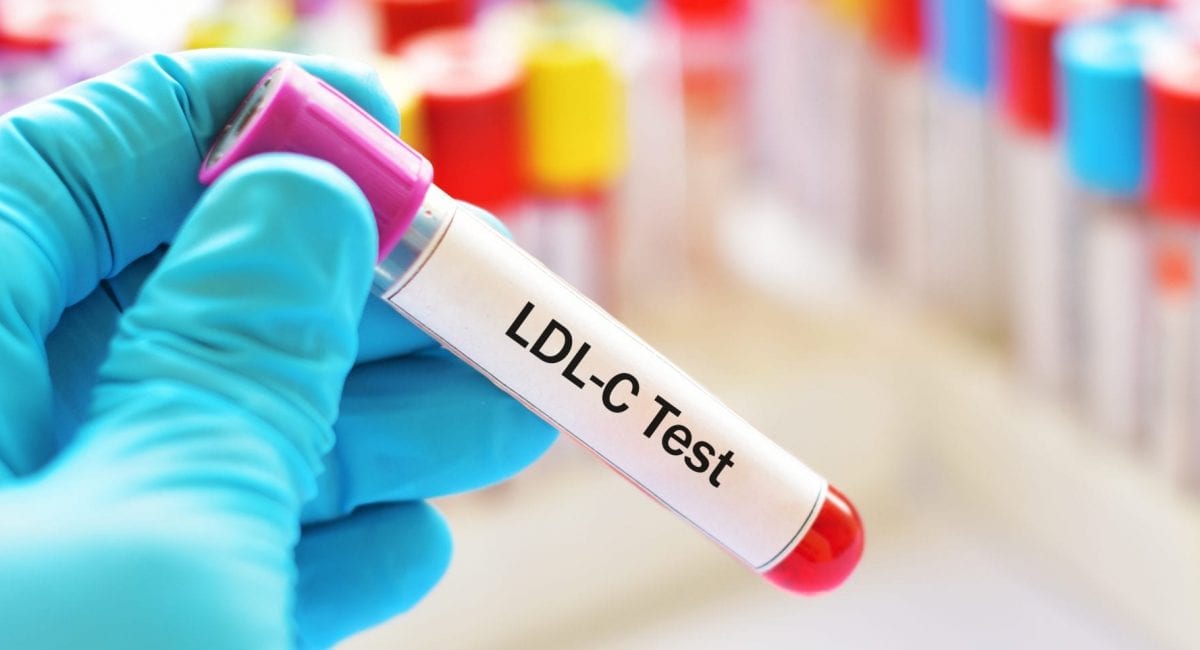 Don’t tell the statin brigade, but elevated LDL cholesterol may actually help us as we age!

A new study from China suggests that those with higher levels of LDL-C have a lower incidence of dementia. They evaluated 3,800 subjects with a mean age of 69 years, performing extensive neuropsychological and cognitive ability testing. They found that the diagnosis of dementia and cognitive impairment correlated with increasing age, decreasing education level, diagnosis of type 2 diabetes, and being an ApoE4 carrier. After controlling for all these factors, they also found that those in the highest tertile of LDL-C (>142 mg/dL or 3.7 mmol/L) had a 50% lower incidence of dementia than those in the lowest tertile (<110 mg/dL or 2.9 mmol/L).

These findings are consistent with a prior study (also observational) examining the Framingham Heart Study data that found lower risk of dementia in those over 85 years old with higher cholesterol levels.

In fairness, these studies were observational studies, so they do not prove higher LDL-C directly protected against dementia. We can hypothesize why higher levels of LDL-C are associated with lower incidence of dementia. It could be a marker of overall health or nutritional status, it could be that LDL-C directly improves the health of neurons and prevents brain atrophy, or it could be more related to lack of diabetes or ApoE4 status for which a study may not always completely control.

Even without proving causation, these studies are wonderful reminders that we can easily get caught up in one specific disease processes (i.e. cardiovascular disease) and forget about the rest of the patient. The old joke is that when the surgeon talks to the family after a complicated and risky coronary bypass surgery, he says, “The surgery was a great success. The grafts were perfect, and the anastomosis were flawless, some of the best I have ever done. I’m sorry the patient died, but the surgery was wonderful.”

This is a fictional over-exaggeration, but it makes my point.

Cholesterol’s effects on our health are far too intricate to simply label LDL-C as “bad” and leave it at that. Such oversimplifications harm our overall understanding and eventually harms our health.

Instead, we need to focus on the whole patient, not one specific outcome. Trials should focus on all-cause mortality and overall morbidity rather than one or two specific outcomes. It doesn’t do us much good to lower heart attack risk by 0.5% over five years if we are also increasing the risk of dementia, cancer or other complications. 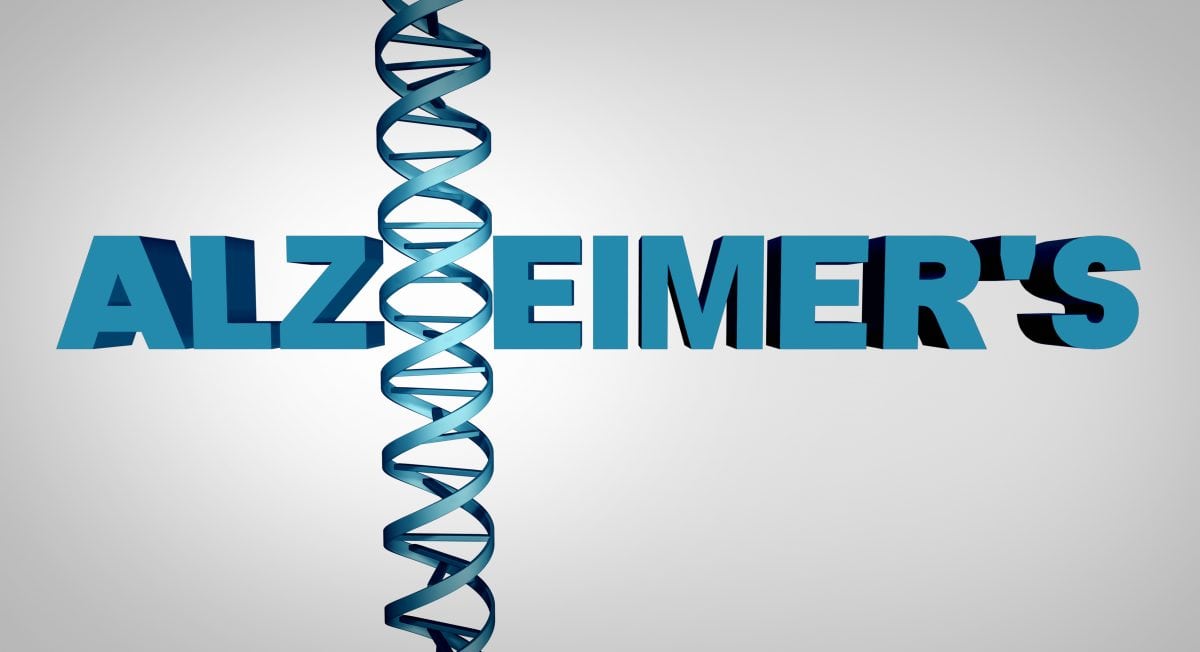 Is Alzheimer’s Disease Type III Diabetes? And Can it be Prevented?

Alzheimer’s disease is one of the most devastating conditions in our country, and you may have the power to prevent it.

There is nothing more empowering than knowing you have the ability to prevent a chronic disease. Especially when some view that chronic disease as worse than death. While not all factors that lead to chronic disease is controllable (e.g., genetics), there are some diseases that you can protect yourself against. And one of those might be Alzheimer’s disease.

Alzheimer’s disease—which is the sixth leading cause of death in the U.S.—is a devastating condition that impairs your memory and ability to think. It progresses over time, eventually condemning an otherwise functional body to a life completely dependent upon care from others. It changes the lives of not just those affected by the disease, but their loved ones and caregivers as well.

In 2015 alone, approximately 15 million caregivers provided an estimated 18 billion hours of unpaid care to the 5 million Americans who suffer from Alzheimer’s disease. But the cost to families and to society as a whole cannot be measured in just dollars and cents. The emotional toll can also be enormous. The negative effects on caregivers can be vast, including:

To make matters worse, the number of people diagnosed with Alzheimer’s dementia is only getting larger and is expected to triple as baby boomers reach the at-risk age of 65 and older.

Modern medicine has struggled to find effective treatments for those who suffer from Alzheimer’s. The most effective medicines may slow the symptoms by a few months, but the inevitable progression always happens in the end.

To understand this relationship, it helps to understand the basics about diabetes, blood sugar, and insulin. Insulin’s job is to signal cells to take sugar out of the blood and convert the sugar into energy. When a person has diabetes, the cells no longer listen to insulin, so the body needs to produce more and more insulin to get the message across.

As the efficiency worsens, the body can’t keep up, the blood sugar rises and diabetes develops. This causes two main problems:

It turns out that brain cells can become resistant to insulin as well, thus drawing a connection between diabetes and Alzheimer’s. The theory is that increased insulin and increased sugar in the brain leads to damage of brain cells and eventual dementia.

The Connection Between Alzheimer’s and Diabetes

Medical science is starting to explore the relationship between diabetes and dementia and is drawing a strong connection. One study, for instance, reviewed previous investigations of diabetes and dementia, accounting for over 2 million subjects. The study concluded that those with diabetes were 60 percent more likely to develop dementia.

While an association does not prove causation, it does raise an interesting potential link that deserves further exploration.

The next question is whether there is a reasonable explanation for why the two diseases might be related. And it turns out there is.

Another study demonstrated that individuals with type II diabetes are more likely to develop the same “brain tangles” that are seen in those affected with Alzheimer’s. It is thought that these tangles are directly responsible for the progressive cognitive decline. And they are present in both the brains of individuals with Alzheimer’s disease, and the brains of those with diabetes even in the absence of dementia.

How to Prevent Diabetes, and possibly Alzheimer’s

This emerging research could be discouraging news since the incidence of diabetes is on the rise, with an estimated increase from 285 million cases worldwide in 2010 to 439 million in 2030.  The result could be an equal surge in new Alzheimer’s cases.

Or it could be encouraging news, since type II diabetes is almost entirely preventable with healthy lifestyle habits. Presumably, these same habits may help prevent Alzheimer’s as well.

In fact, a 2001 study in NEJM suggested that 90 percent of type II diabetes cases could be prevented with:

Finally, a 2012 study followed 2,700 people over three years and found those who ate a diet higher in carbohydrates and sugars and lower in protein and fat were more likely to develop dementia.

This information shows that diabetes, and by extension Alzheimer’s disease, may be preventable by following a healthy lifestyle that includes these elements:

A Healthy Lifestyle Is Necessary

Unfortunately, this is not hot-off-the-press news. These studies were published over 15 years ago, yet many people are still reluctant to adopt such healthy practices. In fact, one study of American adults found that only 2.7 percent of the subjects followed a truly healthy lifestyle.

The public shouldn’t need more inspiration to strive to be healthy, but knowing that Alzheimer’s disease and diabetes are likely preventable will hopefully be enough motivation to spark a revival for healthy lifestyles now and for decades to come.

Change doesn’t come easily, so start by making simple steps and find a support system that will help you adopt new ways of living.

Those in positions of influence (doctors, nurses, personal trainers, nutritionists, health coaches, chiropractors, and other medical professionals) need to actively educate society about the association between Alzheimer’s and diabetes.

If you fall into this category, it’s important to learn how to inspire individuals to adhere to healthy life habits, which may help prevent one of the most devastating conditions that touches the lives of tens of millions Americans every year.

Make 1 meal this week a Vegetable Based meal. Don’t have chicken with a side of veggies, or salmon with rice and a couple veggies. Make the basis of the meal veggies and add 4-6 oz. of high quality animal protein.  Notice how it looks different, tastes different, and how you feel differently after you eat it. If you can do this, then you can increase it week after week until most of your meals are veggie-based. You will be amazed at how it improves your health and how you feel!