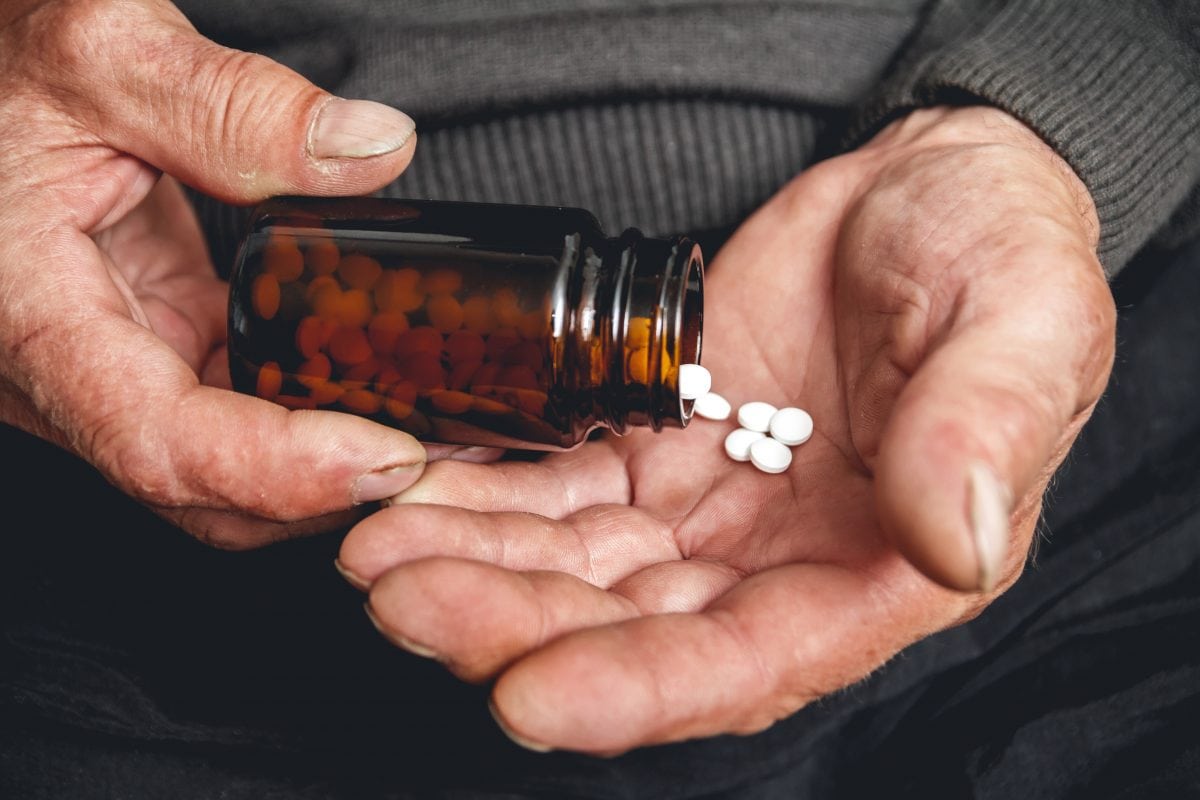 No medication is sacred. Doctors have long regarded Aspirin as an easy “no brainer” for potential benefit with minimal downside. Many of us don’t even notice when Aspirin is on a patient’s medication list. It hardly warrants our attention.

Now that needs to change.

Aspirin had a bad week earlier last month. Two studies yielded four separate publications, all casting serious doubt about the risk/benefit ratio for Aspirin in those at moderate risk for Cardiovascular Disease (CVD).

In brief, the ASPREE study investigated 19,000 US and Australian individuals older than 70 without a history of CVD. Half got 100mg of Aspirin and half got placebo. No other changes were made. After 4.7 years, they found the following:

Another study, The ASCEND trial, investigated 15,000 subjects with diabetes and likewise randomized them to 100mg of Aspirin or placebo. After 7.4 years they found a 1% reduction in vascular events in the aspirin group (8.5% vs 9.6%.) However, this was offset by a 1% increased risk of major bleeding (4.1% vs 3.2%).

Does Aspirin Increase Risk of Cancer?

The most shocking finding for me was that those taking Aspirin seemed to have a higher risk of cancer. This is in stark contrast to the studies showing that aspirin reduces the risk of cancer, especially colon, breast and prostate cancer.  One study does not necessarily disprove an accumulation of data, but it sure does suggest a problem, especially when the new study is a randomized trial and the prior studies are mostly observational trials. For me, that is enough to stop thinking of aspirin as protective for cancer until we have more solid randomized data.

The big picture take home, however, is that in a primary prevention setting, Aspirin is not protective for death, cardiovascular disease events, or risk of dementia and disability. At least not without any benefit being off-set by an increased bleeding risk.

Again, the randomized trial finds contrary evidence to what prior observational trials suggested (although some randomized trials were also negative, such as this one and this one, although they were twisted to promote a beneficial finding despite the statistics not supporting that). This is such a powerful lesson on why we need randomized studies and cannot rely on observational trials or trials with miniscule differences to make definitive recommendations.

Does this sound familiar? I have been harping on this when it comes to low fat vs. low carb eating for years. The statistical counter argument is that, sometimes, it is just obvious. Smoking should not need a randomized trial to see if it causes lung cancer. Parachutes don’t need a randomized trial (this is my personal favorite anecdote, as it shows how absurd people can get).

And that is true. The observational trials in smoking had a hazard ratio of over 3. That means there was over a 300% increased risk of developing cancer if you smoked.

The differences we talk about with animal protein intake and risk of cancer or cardiovascular disease tends to be a 10-20% increase at most (with many trials refuting that completely). But the point is that small differences like this may be simply noise or chance when it comes to observational trials. Small differences, especially in observational trials, are not causative or conclusive results. They are suggestions that require further follow up studies before drawing conclusions.

Last, we also need to consider the outcomes. Are we measuring a marker that may be important in the long run? Or are we measuring what really matters to people, like living and dying, or life free of dementia and diasbility. Reducing one risk while increasing another is hardly a victory. That is why measuring the right outcome is so important.

That is when we need the randomized trial to answer the question. ASPREE and ASCEND have done that for Aspirin.

May Aspirin for primary prevention rest in peace.

And may science live on, with randomized controlled trials and meaningful outcomes leading the way.