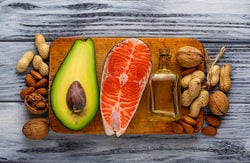 Do Low Carb Ketogenic Diets Increase Your Risk of Dying?

Some people certainly want us to think so.

But as is often the case, the evidence doesn’t reliably support the dramatic claim.

Let’s face it. We all have biases. We all believe things strongly, and we look for evidence to support our position.  I have been guilty of that.

That is why those who state that ketogenic diets kill us may still be well meaning, even if they completely miss the point.

If we just read the abstract, the conclusion is clear. In a study of 129,000 subjects, those who scored the highest for an animal based low-carb diet had a 23% relative increased risk of all-cause mortality.

A plant based low-carb diet, on the other hand, seemed to be protective with a 20% decreased risk.

For many, an abstract is good enough evidence to sing from the rafters as if it were fact.

But that is not how science works. The details matter. They matter a lot. So, let’s look at the details before we condemn a ketogenic diet as a serial killer.

The analysis was based on a retrospective look at the Health Professional’s Study and the Nurse’s Health Study. Subjects filled out food questionnaires to estimate their nutrition intake over the past year, estimating their frequency of eating certain foods. Based on that frequency, they were given an animal low-carb diet “score,” and a vegetable low-carb diet “score”.

Let’s set aside the how horrible food questionnaires are for scientific validity. That’s the least of the study’s problems.

Looking at the baseline characteristics, we see all we need to know. Those who scored highest for animal low-carb diets also had the highest percentage of smokers, 30% vs 27% for women and 14% vs 9% for men (anyone else surprised there were more women smokers than men? I was). Is a 3-5% difference in smoking significant? You better believe it. Smoking is the single most dangerous thing we can do for our health. Considering the mortality difference was so small between the groups, a 5% smoking difference could absolutely account for it.

But it doesn’t stop there. The animal consuming men were less physically active and ate more trans-fats.

This is a prime example of the “healthy user bias.” When the whole world says eating meat is bad for you (as they did in the 1980s), who do you think eats meat? You got it. Those who don’t care all that much about their health. Thus, the increase in smokers, increased unhealthy trans fats, and less physical activity.

And that is likely just the tip of the iceberg. What other unhealthy practices do they do more often that weren’t measured? We can’t analyze the data from what we didn’t measure.

Oh, and let’s not forget that the diets were nowhere close to being low carb ketogenic diets. The animal based low carb eaters consumed 163 grams of carbohydrates per day. 163 grams! I am not sure in what universe that is considered “low carb,” but I can assure you it isn’t in the actual low-carb community. For that, we need to eat at most 50 grams of carbs per day, and even less if we are already insulin resistant.

The paper then goes on to show the risk for all-cause mortality, cardiovascular mortality, and cancer mortality. But does it matter? When the data is as poor as this study’s, what can we really conclude?

We can conclude this: People who are unhealthy, who smoke, who follow a mixed diet of animal fat and moderate in carbohydrates, and who ignore society’s recommendations about their health have a worse outcome than those who are healthier and follow society’s health advice. Yawn. I think we have seen this movie before

Does this mean ketogenic diets have been proven to be safe long term? No. Those studies have not been done. But……

Is losing weight, reducing inflammation, reversing diabetes and normalizing blood pressure, all while getting rid of medications likely to improve people’s long-term health? You better believe it.

9 thoughts on “Do Low Carb Ketogenic Diets Increase Your Risk of Dying?”