Home » Blog » Alcohol and Low Carb Diets: Can they Coexist? 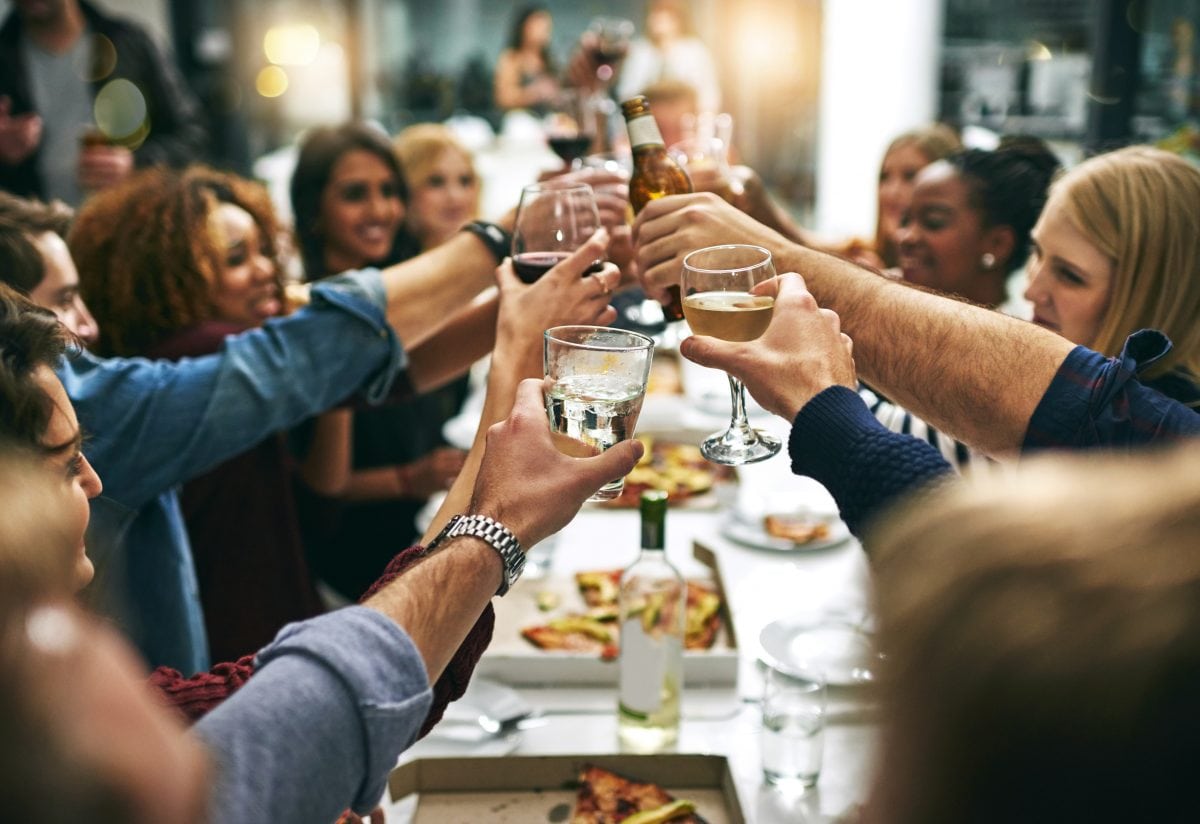 Enjoying an alcoholic beverage or two is a normal part of daily life for many people. For some, any meal – other than breakfast – is not complete without some sort of alcoholic beverage, whether that's hard liquor, wine, or something more exotic. But did you know that what you drink can affect not only your health, but also your weight loss goals?

Overall, it depends on the amount imbibed. Health centers, such as the Mayo Clinic, suggest that it's safe for women to drink one standard bottle of beer, one glass of wine, or 1.5 ounces of liquor every day. Men, on the other hand, can have twice that amount. Of course, these are just general guidelines. Large women may be able to drink more, while men with a slight build are generally better off having a bit less.

At this rate, alcohol can actually be healthy. Experts say that it can protect the heart, possibly reduce stroke risk, and surprisingly enough, it may reduce the risk of diabetes. That said, you shouldn't start drinking (if you don't already) just to get these benefits. And it isn't clear that the benfits are alcohol specific, they could be more lifestyle related or due to other factors. So tread carefully with the "benefits of alcohol."

As almost everyone knows, alcohol is a toxin. The dose determines the poison. It certainly isn't healthy to have so much alcohol that you get drunk. It also isn't healthy to drink so much, or so often, that you develop an addiction to it. Alcoholism is well-known for causing problems with the liver, and it can be a contributing factor for cancer and other problems with the throat and stomach, as well. Not to mention how the addiction can ruin someone's life.

There are several other situations, some of which are surprising, that you should be aware of. Beer, for example, is the highest-carb form of alcohol – and therefore, the type that will wreck your low-carb eating plan the fastest. Clear hard liquor is better, but wine is the best in moderate amounts.

According to a recent WSJ article, consumers are learning of these differences and adjusting their buying habits to suit. Beer sales are on the decline, while spirits and wine are becoming more popular.

Alcohol and Your Diet

Alcohol has one other big negative: It can torpedo your low-carb diet. This is because typical drinks are high in calories and carbs. The body also metabolizes alcohol before anything else, so its punch can knock you out of ketosis for several hours or longer. While some people won't notice any ill effects from this, many do notice that their weight loss slows or stalls when they indulge.

Too much alcohol can also lower your inhibitions, and this means that you'll find it harder to stick to your diet. All of the high-calorie, high-carb foods that you'll have available at a party or in a restaurant will suddenly seem far more tempting than usual. For this reason, it is normally advised to either avoid alcohol altogether in such situations or keep intake to a very moderate level.

Drinking too late in the day can also keep you from getting a deep sleep. This interferes with your body's ability to repair itself, and therefore, can also interfere with an exercise program. Since both diet and exercise are generally recommended for weight loss, it's wise to stop drinking several hours before you intend to go to bed. 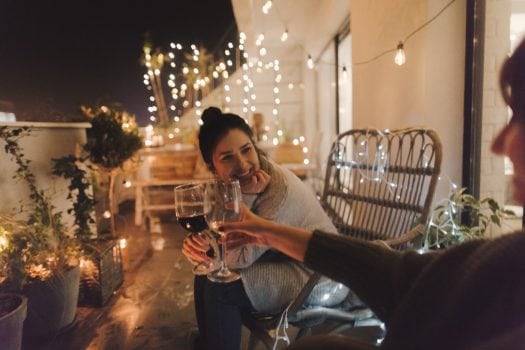 Dry Farm Wines has recognized that a glass of a typical wine isn't always healthy for everyone. Therefore, they have developed a line of wine that addresses the most common health concerns. Their wines are actually great for low-carb eating plans because they are sugar-free, contain less than 12.5 percent alcohol, and are explicitly made to be friendly to low-carb, keto, and paleo diets. This makes them an excellent alternative to the typical high-sugar, additive-filled wines found on the supermarket shelf.

These benefits aren't all that set Dry Farm Wines apart from others. They also lab-test every wine to make sure that it meets the company's strict purity and content standards. Dry Farm also makes sure not to add or remove anything from their product. Instead, the wines are produced so that they contain all of the good aspects right from the start, and so no unwanted ingredients need to be put in. As you might expect, the wines are also organic. They are sourced from small family farms, as well.

How Wine Can Affect Ketones

In a self-experiment of the type that makes the internet the great medium it is, Mark Moschel of Better Humans decided to fast for several days and measure his ketones vs. how he felt. He found that he was more energetic when he had more ketones in his system.

On the second run of the experiment, he added something new: He would have no food, but would have wine. He found that after one glass, his ketones and blood glucose still remained stable. However, after the second, his ketones dropped a bit and his glucose also rose moderately. Finally, after the third glass of a day, both stats continued their prior trends. It took until the middle of the next day for his levels to return to his usual norm.

As this shows, a single glass of wine can be enjoyed without interfering with ketosis or blood glucose, but more than that can lead to trouble on these fronts. But remember, this experiment was done with Dry Farm Wines. Other brands that aren't as meticulous to quality and low sugar may not have the same results.

Make Your Celebrations and Meals Healthier

Now, you don't have to worry about wrecking your diet, getting headaches, or any of the other negative side-effects of drinking moderate amounts of wine. With Dry Farm Wines, these pesky attributes are gone. You can host a party and raise your glass with no worries – and without looking unsociable. There'll be no more awkward moments caused by the need to turn down a beverage as long as the wine on the menu is from Dry Farm.

Despite all of the benefits of Dry Farm Wines, you will still need to partake in moderation as suggested by health experts. There is alcohol present, so stick to one or two glasses, and be sure to have them early enough in the day to allow for a good sleep that night.

To experience the flavor and healthiness of Dry Farm Wines for yourself, just click here. For a limited time, you can even add a bottle to your order for just one cent!

Leave us a comment if you have tried Dry Farm Wines, or if you know of similar products that are healthy, low-carb alcohol alternatives!

One thought on “Alcohol and Low Carb Diets: Can they Coexist?”