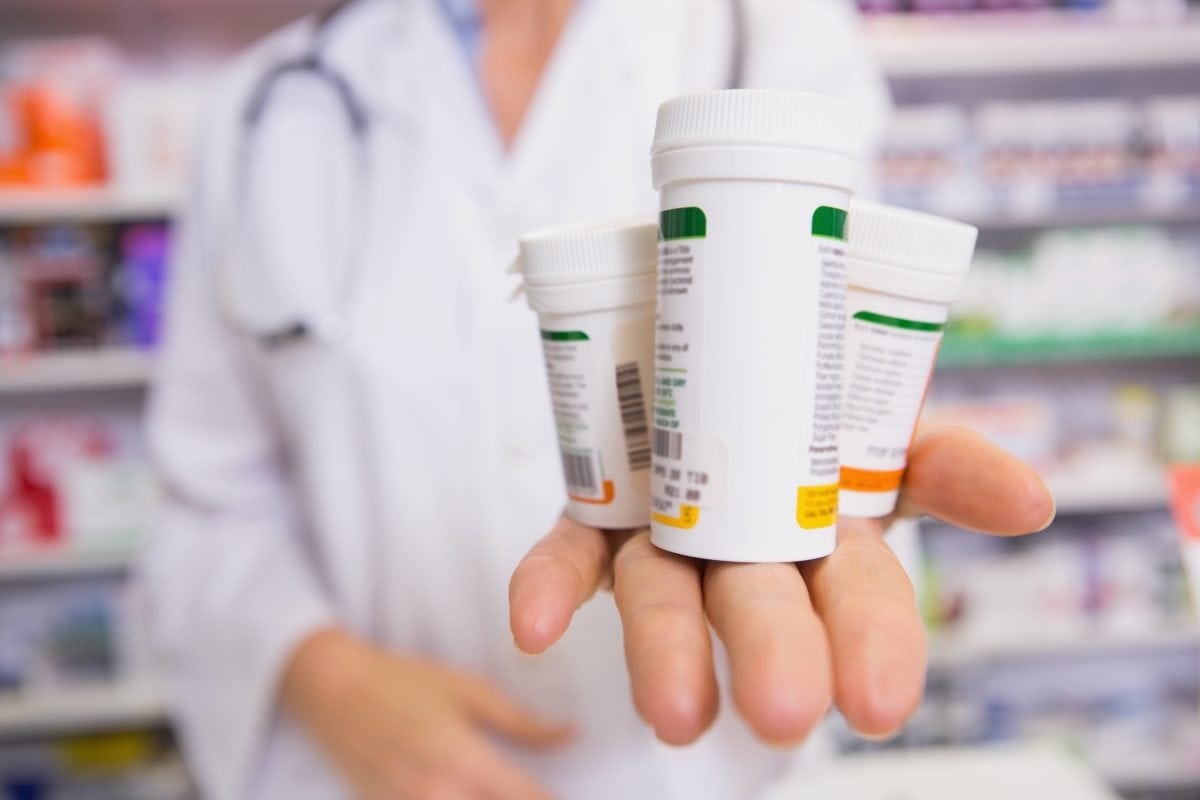 Can half the population have a single disease?

That depends who you ask.

The American Heart Association (AHA) published new hypertension guidelines during their annual meeting November 2017. These guidelines now classify those with a systolic blood pressure between 130-139 as having hypertension.  That increases the number of Americans with hypertension from 72 million adults to 103 million, a little over 46% of all adult Americans.

We should note, however, that the AHA does not have a monopoly on guidelines.

The American College of Physicians and the American Academy of Family Physicians still define hypertension as a systolic blood pressure (the top number) of 150 or greater for those over age 60. That means we have to take the new guidelines with a grain of salt (which may not raise your blood pressure). They are the recommendations of one specific organization, not a unanimously agreed-upon decree.

The AHA changed their guideline largely on the basis of one particular study, the SPRINT trial. This trial enrolled subjects over age 50 with hypertension and at least one other cardiac risk factor. They sought to determine if using drugs to treat to a blood pressure of less than 120 would be more beneficial than treating to a blood pressure less than 140.  In the end, they determined that it was.

After three years, treating subject’s blood pressure more aggressively (with an average of three drugs per subject) reduced the risk of cardiovascular events by 1.6%, a statistically significant difference. That means we need to treat 62 people for three years to prevent one cardiovascular event, pretty paltry evidence in the scheme of things.

So, even though the data were statistically significant, it appears that the clinical benefit may be much less impressive. But that isn’t even the biggest issue with the new guidelines.

The SPRINT trial was designed with meticulous follow up, something that usually don’t translate to the real world.

For example, in the SPRINT trial, researchers measured the blood pressure three times, not just once, and they did this only after the subject had been sitting quietly for at least five minutes.

Think about the last time you had your blood pressure measured in the doctor’s office. It was likely after you sprinted in from the parking lot after circling three times white knuckling the steering wheel looking for an open space. Or, it was after checking your watch for the tenth time wondering if they forgot about you since they were over 30-minutes late. You then are led into the room and they immediately take one blood pressure and chart it. Does that sound like we are comparing apples to apples?

Subjects in the study were also followed monthly for the first three months and then every three months after that. Is that how often your doctor sees you?

Remember all those side effects that were found in the trial? That was with meticulous monitoring of patients and their blood pressure. What do you think will happen if the follow up turns into once or twice per year?

So, if your doctor wants to treat you for hypertension for a blood pressure of 130, insist that you measure your blood pressure at home, multiple times each day, for at least a full week before deciding you have a true “disease” that needs treatment. Blood pressure varies during the day, and we should not label you with a disease based on one measurement.

But wait. That STILL isn’t the biggest concern with the guidelines.

To their credit, the guidelines specify that those with blood pressure 130-139 should start with lifestyle intervention. Bravo. That is absolutely the way it should be.

Does that mean if your blood pressure is less than 130 you don’t need to worry about eating well, exercising, managing your stress and getting adequate restorative sleep? Hopefully we didn’t need to reclassify 30 million Americans as having a disease in order to start talking to them about healthy lifestyles. That should be the main focus of every visit for every patient, not just those who have the label of hypertension.

Also, remember the 2013 cholesterol guidelines? They specified that the low-risk group that was now labeled as having the disease of high cholesterol should “begin the conversation about statins.” That quickly turned into doctors grabbing their prescription pads and writing millions of statin prescriptions.

Even worse, it usually isn’t long before “quality” measurements and insurance reimbursements are attached to achieving the new goal of blood pressure less than 130. Once that happens, do you think your doctor will patiently work with you to fine tune your lifestyle over the course of months? Or will they reach for the drugs to get you to the target faster and simply check the box that they did it?

That leads to the next issue. The guidelines state that if one fails lifestyle interventions, then drugs are indicated.

What does it mean when a patient “fails” lifestyle intervention? How long should that trial be? One month? Six months? And what is the lifestyle intervention? 150 minutes per week of cardio with no mention of resistance training or interval work? A low-fat, low-sodium diet, with no consideration that many people may respond better to a low-carb diet rather than a low-fat diet, and salt may have no impact on your blood pressure?

You bring your home blood pressure log into your doctor’s office. The average is consistently above 130. You have a detailed conversation about your risk for cardiovascular disease, and you agree to be more vigilant with your nutrition, physical activity, stress management and sleep.

But it doesn’t stop there. Together, you and your doctor decide what the best specific approach is for you. You then set an email follow up in one month and an office visit in 3 months to check in.

If you have not started to progress, you re-evaluate why. Does your nutrition need to change? Maybe you started with a low-fat diet but will actually respond better to a low carb diet. Maybe you are getting your 30 minutes of exercise but are sedentary the rest of the day. Maybe you are still hooked on Ambien and can’t get to sleep. Maybe you need a little more encouragement from a weekly email, or joining an online group, or competing with a friend over your Fitbit numbers.

None of those issues should mean you “failed” lifestyle intervention. Instead, they should help you and your doctor fine tune your purposeful lifestyle prescription to find what will work for you.

In the end, could you have hypertension? You may. But that doesn’t mean you have a “drug deficiency.” It means it’s time to work together with your healthcare provider to get serious about your lifestyle. In a perfect world, that would already be happening for all of us. If it takes a new guideline to initiate that, so be it. Let’s applaud the guidelines for the attention it will bring to lifestyle interventions.

Doctors, just keep the prescription pad in the drawer please.