Home » Blog » Should I salt My Food? Let’s Hear the Truth! 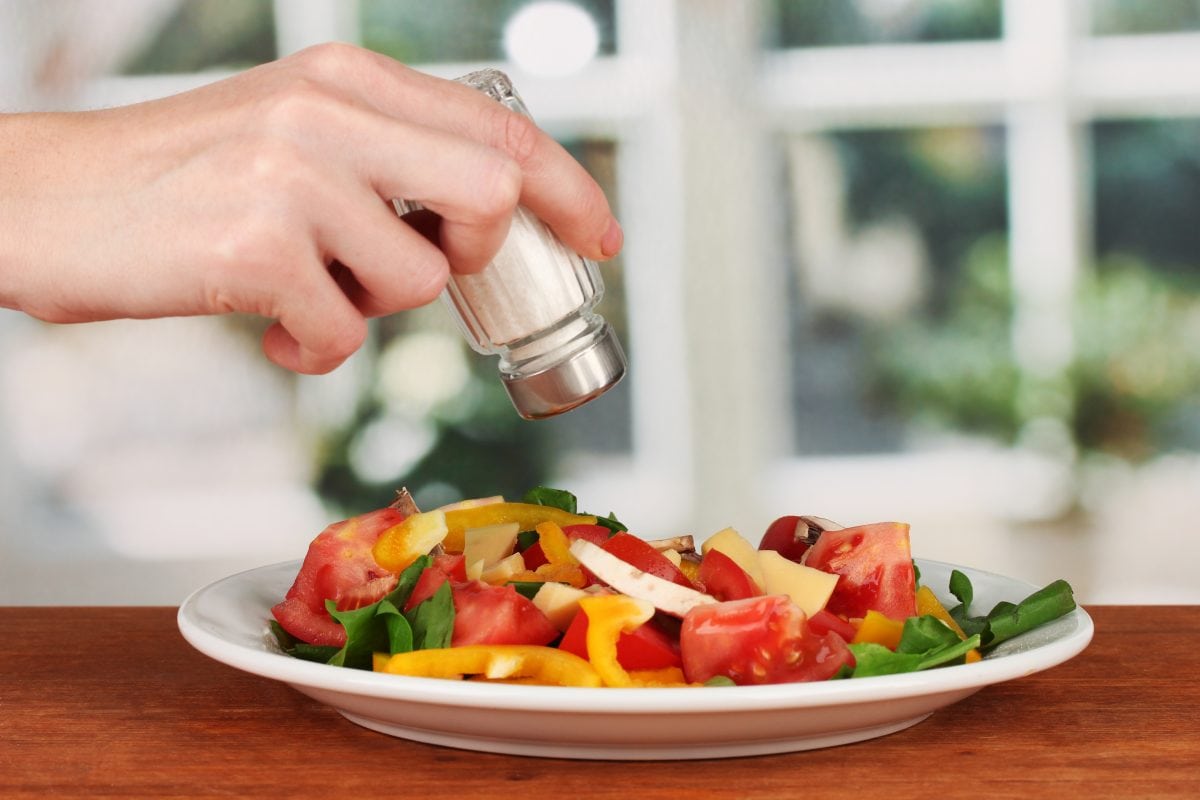 How guilty do you feel when you reach for the salt shaker? Do you look to make sure no one is watching as you quickly shake the little white granules on your food, salivating as you anticipate the bursting flavor that sodium brings? It may be time to stop feeling guilty. You can salt with impunity. At least most of you can.

For decades, nutritional guidelines have recommended consuming less that 2300mg of sodium per day. This was most recently perpetuated in the 2015 American dietary guidelines. Yet the evidence to support such a guideline for all Americans is lacking at best.

In reality, there is substantial evidence that sodium restriction for the average American does nothing to reduce one’s risk of heart attacks, strokes or death. So, why should we limit it?

Before I get into the specifics of the evidence, here is the conclusion:

Salt away and experience the flavors that salt can bring.

How Did We Get Here?

The controversy around salt all started in 1997 when an early version of the DASH study was published in NEJM. This study showed that those with hypertension could reduce their blood pressure by 11/5mmHg by reducing their sodium intake. The less publicized part of the study, however, was that those without hypertension only reduced their BP by 3/2, hardly earth shattering.

The follow up DASH study, also in NEJM, followed only 400 people for 30-days. They concluded that those eating the standard American diet could reduce their systolic BP by 6mmHg by limiting sodium to 2300mg.day. Interestingly, those eating a diet higher in fruits and vegetables only reduced their BP by 2mmHg by reducing sodium. Again, a disparity was seen between those who were presumably salt sensitive and those who were not.

Notice that neither of these studies reported changes in heart attacks, strokes or death. It was just assumed that any reduction in BP, no matter how small, would automatically translate into improved health. That assumption lead to the guidelines committee recommending sodium restriction for all.

Since the original DASH study in 1997, we still have no randomized trials demonstrating reduced risk of heart attack, strokes or death by decreasing sodium intake.

In fact, we have plenty of evidence to the contrary.

One large meta-analysis showed no clear association between sodium reduction and cardiovascular complications.

Another study demonstrated that sodium restriction caused a cascade of deleterious effects including increased blood levels of renin, aldosterone, adrenaline, and noradrenaline. These are all hormones that lead to higher blood pressure over time.

Newer evidence suggests that excessive sodium intake (greater than 7 grams per day) and low sodium intake (less than 2500mg/day) could both lead to increased risk of heart attacks and death.

Lastly, recent trials suggest a more prominent response to sodium in those who already have hypertension and eat more than 5 grams/day (there was no report of increased cardiovascular risk). Interestingly, higher potassium consumption was associated with a decreased BP.

The Devil That We Know

The result? We have the wrong enemy.

I have seen countless of patients and clients who report to me, “I’m eating much better. I won’t touch salt anymore!” Salt became the devil we know, and we could feel much better about ourselves by avoiding it.

The problem is that it may lead us to ignore the other “evils” in our nutrition. The added sugar, the processed foods, the industrial trans-fats, the fake stuff. It takes too much energy to avoid everything. Our brains are wired to focus on one thing, get rid of it, and feel like we have succeeded.  Don’t make salt the one thing you focus on!

What did we learn from all the above studies?

Number 3 deserves more attention. Where we get our sodium matters. If our sodium comes from processed junk food, high sugar or simple carb foods, then we aren’t doing ourselves any favors.

What do these foods have in common? They are real, unprocessed foods that come from nature.

Focusing on real, veggie-based foods is going to reduce your BP, and more importantly, lower your long-term risk of cardiovascular disease, diabetes, Alzheimer’s and other chronic diseases.

Don’t Make It Too Complicated

Remember, there is no one size fits all approach to nutrition. Guidelines that assume otherwise will likely fall short of being helpful. With that in mind, here are the 3 take home points regarding sodium consumption and your health.

It’s that simple. Let’s not make it more complicated than it needs to be.

ACTION ITEM: Change the type of salt you use. Invest in Celtic Sea Salt, Himalayan Salt, Real Salt, or other minimally processed salt. Liberally enjoy this salt in your steamed, roasted, or sautéed veggies. Make sure you are limiting your processed food and junk food that contains refined salt (potato chips, pretzels, crackers etc.).