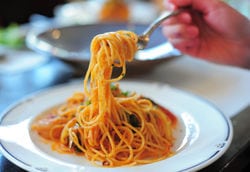 Gluten has come full circle in the eyes of popular media. It was initially portrayed as the cause of all our health concerns. Eliminating it was the quickest path to feeling better and living healthier. After all, how else can we explain Tom Brady’s Super Bowl prowess????

Now, however, avoiding gluten has been implicated in increasing our risk of heart disease and causing a harmful disruption of our gut microbiome (the bacteria in our digestive tracts and plays an integral role in our health).

So, which should we believe?

As with most health topics in popular media, the key is in the details. But first, a quick primer on gluten and gluten sensitivity.

Gluten is a protein found in wheat, barley and rye, and in foods made with those grains, like bread, cereal, cookies, crackers and pasta.

In people with the medical condition of celiac disease the body sees gluten as a foreign invader and is unable to properly absorb it. Gluten causes an autoimmune response against the lining of the intestines causing intestinal damage and decreased absorption of necessary nutrients.

Symptoms of celiac disease include abdominal pain, bloating, and rashes. It can also cause anemia, bone problems, and malnutrition. Your doctor can diagnose celiac disease with a blood test and a biopsy of your small intestine.

Without question, those with proven celiac disease must avoid gluten. Fortunately, it is a rare medical condition.

More commonly, people may be sensitive to gluten even though they don’t have celiac disease. They simply find that they feel much better when they avoid gluten-containing foods. They have more energy, less bloating, clearer skin, and have improved concentration and mental clarity.

This is not a medical diagnosis. There is no way to objectively prove if this is the case or not. This is a subjective feeling. Do you feel better while avoiding gluten or not? It’s that simple.

If you feel better avoiding gluten, then you should avoid it. After all, our bodies do not require gluten for good health.

Our bodies need proteins and fats, vitamins and minerals. There is no physiological need for gluten. If it makes you feel poorly, there is no need to eat it.

Now, however, people are starting to question the safety of gluten-free diets based on recent research.

An article published in May in BMJ (British Medical Journal) suggested that avoiding gluten increased our risk of heart disease.  What followed was a social media and popular media storm of gluten-free backlash with the end result being confusion and frustration.

Who do we believe and what do we do now?

Take A Breath, Then Dive Deeper

First, take a breath. Remember that health claims, good or bad, are rarely as extreme as portrayed by the media.

This study was an observational study that followed healthcare workers without heart disease (at the time of enrollment) for 26 years. There was no specific intervention, the researchers simply collected data over time on who had heart attacks and who did not, and also collected data on what they ate. By going back and statistically crunching the data, they tried to find an association between the amount of gluten eaten and the risk of heart attacks.

Why all the news reports that it increased the risk of heart disease?

So, what was the problem? Was it the missing gluten? Or the missing whole grains? This study does not prove cause and effect. It does, however, suggest it was the lack of whole grains, not just the gluten, that was associated with a very small increased risk of heart disease.

How small?  There was a 15% relative risk increase. The absolute increase was not reported, but looking at the numbers it was around 0.1%. The difference was 1 person out of 1000. Hardly earth shattering.

Yawn. That type of analysis wouldn’t sell many papers or get many clicks. Thus, the media did not report it as such. Yet that is what the paper found.

What about gut microbiota? Can gluten-free diet hurt our gut bugs?

A 2010 study suggested eating a gluten-free diet harmed our gut microbiome. This one should be an easy one to explain.

The result? A relative overgrowth of the unhealthy gut bacteria. The bacteria that like high-sugar and low fiber foods flourish while the fiber-eating bacteria die off.

Wheat on the other hand, tends to have more fiber. Especially whole grain foods. So once again, it is likely that limiting whole grains in favor of low-fiber, processed foods is not helping our health, whether we are talking about our guts or our hearts (and by extension, likely our brains as well).

Gluten- Guilty or Not?

Is there anything inherently dangerous about eating gluten free?

The key is what are you eating instead. If you are eating low fiber, processed gluten-free foods, then you are not doing yourself any favors.

But if you feel better avoiding gluten, and you are replacing it with real food, fresh veggies (both starchy and non-starchy), fruit, seeds and nuts, then chances are you will feel better and be healthier.

What if gluten doesn’t bother you? Then there is no real need to avoid it as long as you are eating whole grains, minimally processed versions of gluten, and avoiding the processed and refined junk.

It’s that simple Let’s not over complicate it.

Action Item: Take two weeks to see how you feel without eating gluten. Do you feel any better? More or less energy? Can you think or focus better? Do you have fewer aches and pains? Did your weight change? If not, then eat what you want (as long as you continue to follow a real food, vegetable first, low sugar and low processed food way of eating). If you do feel better without gluten, then stock up on the foods listed below. Avoid gluten, but also be careful not to add processed, low-fiber, gluten-free alternatives. Just because it is gluten free doesn’t mean it is good for you!

Legumes such as beans, lentils and peas

Starchy vegetables such as yams, sweet potatoes, carrots and other root vegetables

One thought on “Are Gluten-Free Diets Killing Us?”